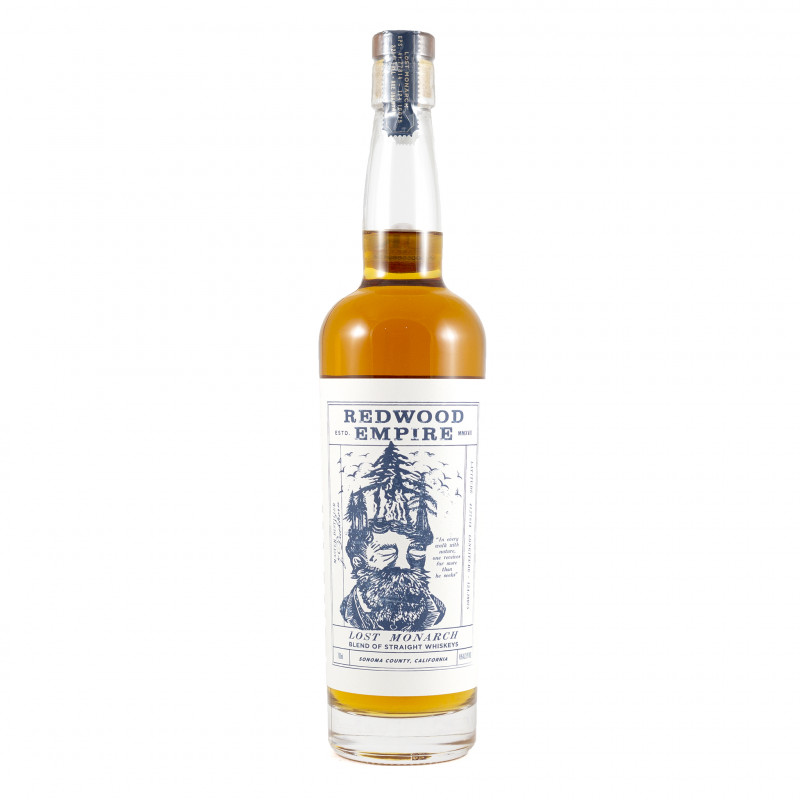 A blended straight whiskey matured in Sonoma County, California, made up of rye and bourbon aged at least 3 years.

From Sonoma County, California's Redwood Empire, Lost Monarch is a blend of straight rye whiskeys and straight bourbon whiskeys aged at least 3 years. It is aged in Northern California, where the temperate climate gives a slow, even maturation, helping to produce a balanced, complex whiskey.

It is named after The Lost Monarch, which is the world's largest Coast Redwood (by volume), with a 26 foot diameter and a height of 321 feet. The Lost Monarch is found in the Grove of Titans, a stand of ancient conifers in Jedediah Smith Redwoods State Park.