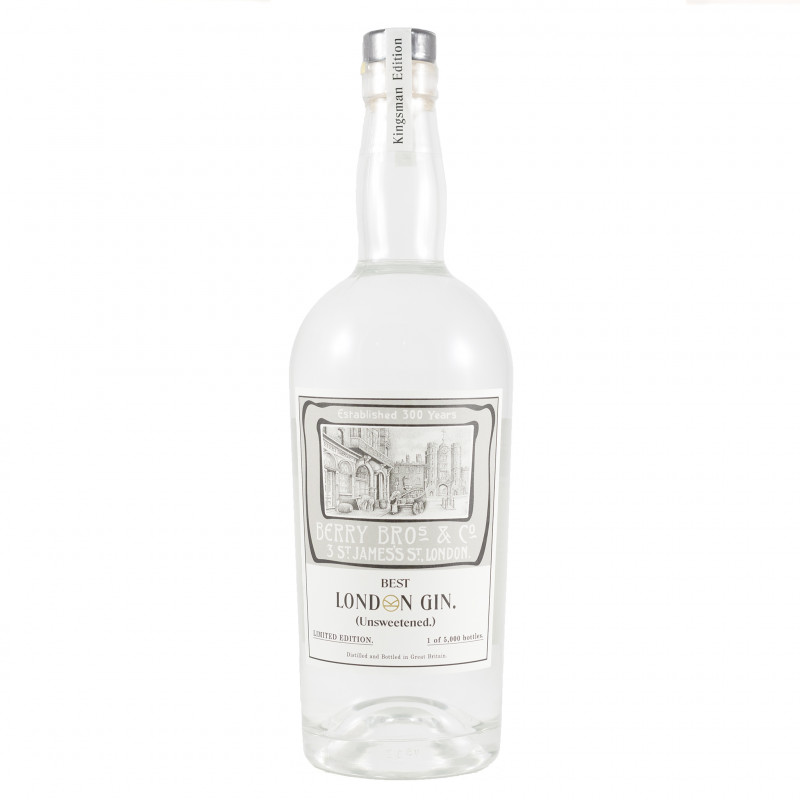 A special limited release from Berry Bros. & Rudd to celebrate the release of the film "The King's Man".

The Kingsman Edition of Berry Bros. & Rudd's London Dry Gin is a limited release of 5000 bottles produced in conjunction with the Matthew Vaughn & 20th Century Fox film "The King's Man", the third release in the Kingsman film series. Its packaging recreates that of the spirit from the early twentieth century, complete with the earlier Berry Bros. & Co. name.

"Filled with heady juniper, the nose hints at violet creams and a soft chalkiness; while the palate is appealingly soft with a floral slant."

According to Berry Bros. & Rudd it makes a superlative G&T or a classic French 75.