Absinthe has a vast and intriguing history, shrouded in mystery and myth. It's the drink known to many as illegal and indeed in many parts of the world it was banned or outlawed. It was also believed to have hallucinogenic properties such as seeing green fairies for example.

Absinthe was very popular in the late 19th and early 20th century, particularly in France , and enjoyed by the likes of Vincent Van Gogh, Toulouse Lautrec and Oscar Wilde. However, at the height of its popularity it was banned. Absinthe grew to popularity in the first place due to it being issued to troops of war to prevent malaria and also because of the outbreak of the Phylloxera mite which decimated European vineyards. It was at this time that other spirits were given centre stage, including absinthe. A series of bans started in late 1800s which swept around the globe and then by 1915 the French banned it largely due to pressure from winemakers who were trying to gain market share after they recovered from the Phylloxera outbreak and also Temperance movements. Once the ban took hold the production of absinthe tapered off.

Absinthe is bottled at high strengths and made typically from a neutral base (sugar beet, grapes or grains) and uses various herbs and other aromatics to flavour it. Most notable is the Grand Wormwood (Artemisia Absinthium - where it takes it's name), along with fennel and anise. It comes blanche (white) or verte (green) whereby the colour is added from macerating the herbs in the spirit.

Absinthe is traditionally enjoyed with water and sugar, normally the absinthe is poured into a glass and an absinthe spoon is placed on top of the glass with a sugar cube. Water is then dripped onto the sugar until it is dissolved.

Sort by:
Best sellers Relevance Name, A to Z Name, Z to A Price, low to high Price, high to low
Showing 1-3 of 3 item(s) 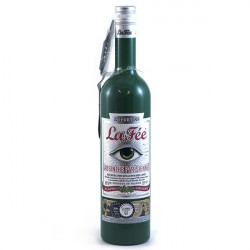 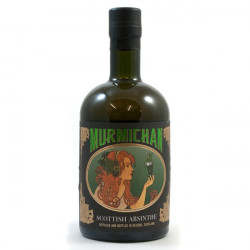